A man made object in the shape of or made to represent the penis is termed a phallus or phallic object. They are found in many ancient cultures and are often used in religious rites in order to either boost fertility, of both women and the land, to fight off evil spirits or to scare the crap out of enemies hopefully not in possession of  larger penises or phallic symbols.

What are other historical examples of Sexual Art and Objects? When not being used to keep the womenfolk happy the phallic symbol and related ancient female sexual imagery was deeply interwoven into mythological and religious thinking and rituals. The female orgasm was seen as being an offering to the fertility gods and during ancient Roman times statues of the god Priapus, seen at right, were used to protect gardens and help crops to grow.

The name Priapus lives on in the medical term priapism which is the termed used to describe a persistent and painful erection that lasts for anything from several hours to, in some unfortunate cases, weeks.

Phallic symbols and objects used to ward off evil spirits  are known as fascinum and examples have been found in the ruins of Pompeii.  They were used in ancient Roman religion and magic in order to summon the divine protection of the Roman god Fascinus. Examples have even been found to be worn as rings by young boys – the size of the ring being far too small to be worn by an adult. In Turkey, during the 6th century BC, ancient Anatolians used sculptures of sex organs to ward off evil and ill luck as they believed they contained special powers. In ancient Greece traders in the city of Miletus made what we would today call dildos which were intended to allow women to have sexual pleasure while there husbands were away. Similar sex aides were also used in Renaissance Italy between the 14th and 16th Centuries BC. They were typically made of leather and olive oils was used as lubrication. Amongst the wealthy sex toys made of silver, gold and ivory were also popular and often put on display alongside their other non-sexual sculptures and works of art. In 1869 the American Physician George Taylor took advantage of the development following the industrial revolution and designed a steam powered version called, somewhat sisterly, The Manipulator. 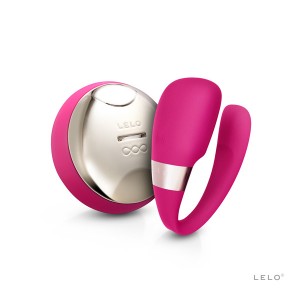 How HPV is diagnosed in men

Our products help with:

A cure for impotence

Low libido? No problem, we have a cure